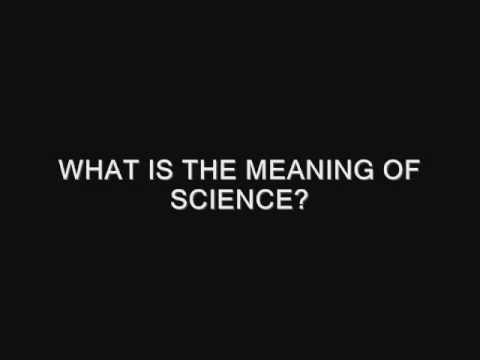 Bas c. van Frasseen is the inventor of constructive empiricism, and is known for stirring up the debate of terms between empiricism and scientific realism. Van Frasseen argues that experimental data is nothing more nor less than a representation of an observable fragment of a fundamentally unobservable universe. Meaning that it does not necessarily mean that the unobservable actually exists. Throughout this short post I will explain his view as well as that of the empiricists counter; the realist, and my own position in relation to his claim.

Van Frasseen names the unobservable world the “insidiously enchanted forest’’. His stance is metaphysical speculation is not in the realm of science. For him, experimental data must link to at the very least some part of the theoretical model structure. His notion of “empirical adequacy” doesn’t allow for the speculation of the nature of the unobserved world. Constructive empiricism does allow for science to look into unobservable entities, but they remain metaphysical and are not scientific. For example, even though evidence exists for what happens inside a proton this still does not mean that we can then assume that quarks exist. Just because there is evidence and data from linear accelerators which fit the mold of the empirically adequate model of what quarks might be it does not mean that we can then claim that quarks exist as a scientific statement. This must remain a metaphysical one.

“We can construct useful theories or models that are empirically adequate—that tell us something, for instance, about the behavior of what we call electrons, without having to say what an electron is. Parts of a theoretical model can be judged as true or false, based upon the reproducibility of the data. But, to be useful, to be empirically adequate, the data does not have to fit into some overarching theory about the organization of the world.”

Van Fraaseens main point is that we need boundaries in science in order to know what we can say is true or not true about the world. He believes that it is in the data that these boundaries become apparent as they in a sense restrict what we may call rational beliefs about the world around us. This is pretty much the empiricism stance. Ultimately, science creates theories that we can use to then make prediction about the world around us, but we must be clear we are speaking about the observable world not the non-observable. We cannot make predictions about things we do not know in reality. A.k.a. metaphysical.

On the other hand, are the realists, who can be considered the opposite to empiricists in the sense they try to work with the un-observable world and are not constrained by the facts which come out from data, where the truths or falsehood of claims is determined by how things are regardless of our ability to verify or test them. Although, I must say here Van Fraaseen points out something I heavily agree with. He explains how the role of science is not that of explaining the metaphysical or greater reality like such as realists do, but to make theories that we can use in making predictions about the world around us, the observable world. This is very important because sciences criterion for success is the empirical success and this happens through theories which grasp the regularities in nature and use them to find truths. This claim makes me think of someone such as Emmanuel Kant, and his view. The popular example of this view is that we all wear the same glasses when we see the world. We see the world around us as we know it through our 12 pure concepts of understanding, not the metaphysical one, and we must acknowledge the limit in order to have more knowledge and zone in on what we can know.

In conclusion, Bas c. Van Fraaseen’s claim that that we may explain the empirical success of science by assuming that science aims at empirical adequacy, which is truth only about observable entities, rather than assuming that it aims at truth about both observable and unobservable entities is a valid one. If we took ‘’energy’’ as an example, He is not saying that ‘’energy’’ is not real. What he is saying is that the question of if it is real or not it does not matter. That when we aim at empirical adequacy we must investigate what we can observe about the world and recognise that there is a boundary to acknowledge when doing so.